The first is SPY AND VILLAIN, a short story mystery drama.

This is a story of love and sadness. Told by a wheelchair bound middle aged woman. She finds herself handicapped after a tragic accident when a car mounts the pavement out of control.

Spending many hours looking out of her front room window, she believes that skullduggery is going on in the house across the street. The couple who lives there, have recently moved in. One day while people-watching from her window, she is certain she sees the man hitting the woman.  When she runs into the woman soon after the event, her face is covered with bruises, and she is furtively trying to avoid her.

Our heroine is so convinced of violent behavior going on in that house, that she badgers her own husband until he takes notice.  Her nagging leads to arguments between them, as he tells her “Not to be such a nosey cow.”

The plot gets even more complicated, eventually culminating in the truth coming to light.

The second book, JOYFUL PUSSYCAT TALES, tells of the writer’s rescued cats from the past and present. 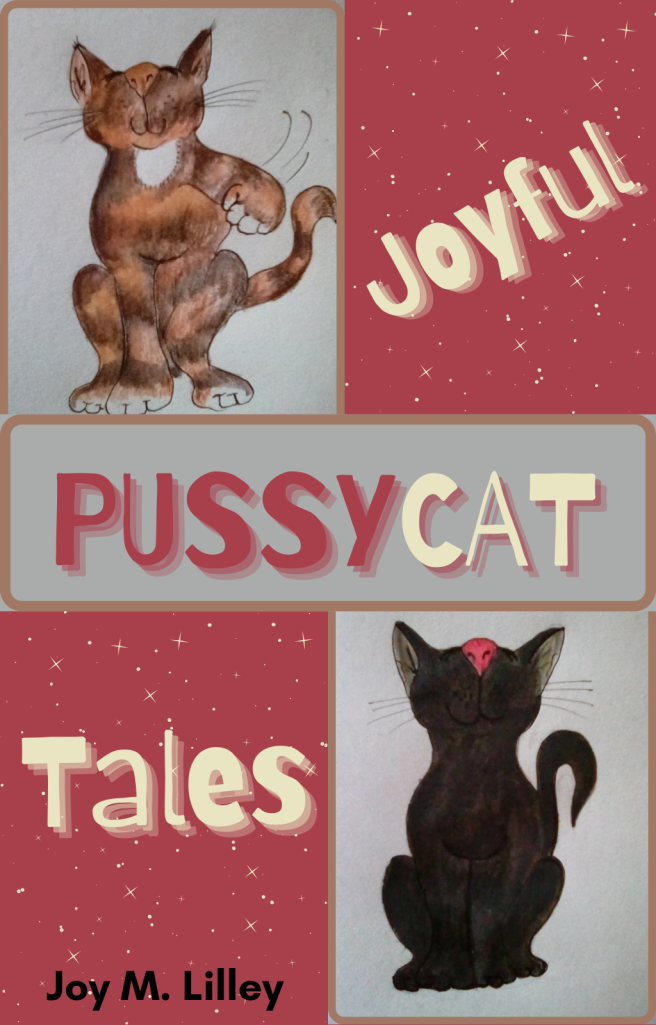 Sophie Swipe made us smile over her antics with the Grandchildren.

Billy Pink-Nose was a beauty with black silky fur, and a brilliant pink nose, a boy who often got into mischief.

But the three that are still living with the writer and her husband, are 13-year-old, Lucy, 10-year-old, Molly, and 7-year-old Lilley.

Their stories are delightful, full of fun and frolic, cuddles and entertainment.

I hope you get a chance to read these quick tales, and a review would be welcome!